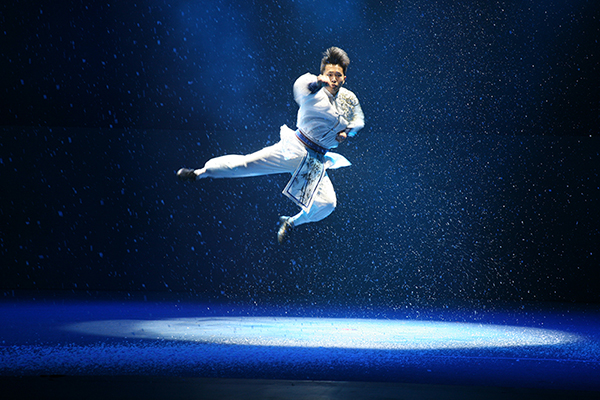 Sponsored by the Chin Woo town government of Xiqing district of Tianjin and produced by the Tianjin Shangwu Culture Development Co., Ltd, "The Legend of Kung Fu-Huo Yuanjia" is a large-scale production that presents Tianjin's local culture and promotes traditional Chinese culture through martial arts.  "The Legend of Kung Fu" keeps the essence of the original play but also incorporated many innovations. The cast came from the champion team of Huo Yuanjia Civil and Military School. The champion team has performed in more than 100 countries and regions around the world and won praise from audiences.

The stage play displays Huo Yuanjia's legendary life and artistic expressions of martial art, dance and acrobatics. In six scenes, the play tells the story of how he grew up and became a master of martial arts. Martial arts is showcased using modern stage design and choreography, giving audiences a powerful visual experience. 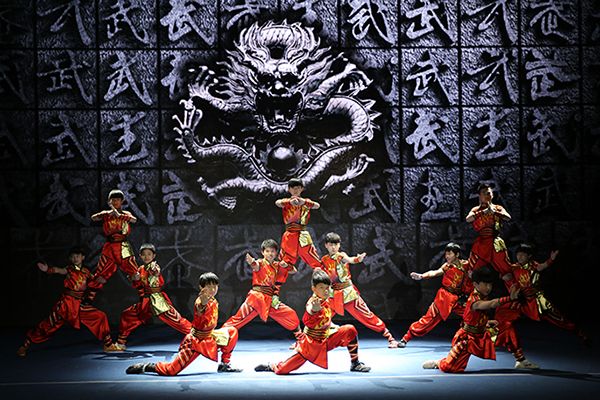 Since its debut in June 2015, the play has been staged 500 times, attracting an audience of more than 300,000 from China and around the world. In the "2016 Chinese sports and  tourism innovative projects" selection, "The Legend of Kung Fu-Huo Yuanjia" was Tianjin's only sports and tourism project that won the selection. The stage play also won the best performance award of China·Cangzhou International Martial Arts Festival in 2016 and was included in the database of overseas cultural center of the Ministry of Culture and Tourism in 2017. In November 2018, the play was staged in Reunion Island and Mauritius, which was its first overseas performance.  In January 2019, the play was presented in South Africa, attracting audiences delighted by its excellent martial arts performance.