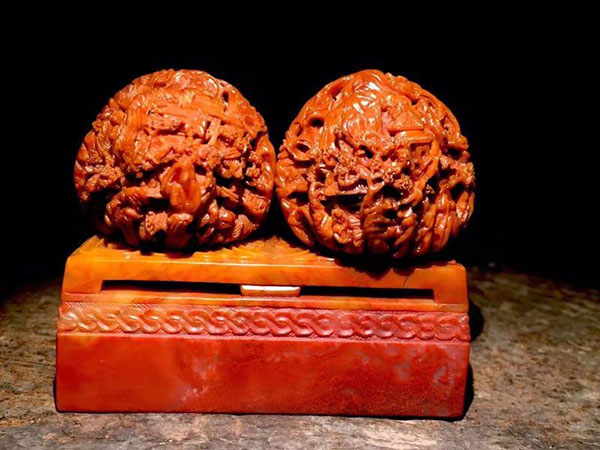 Li's walnut carving is a school of China's kernel carving techniques. It was created by a Li family in Xiqing, hence its name. Walnut carving is a traditional Chinese folk miniature carving craft. Peach pits, apricot pits, olive pits and other fruit pits and walnuts are frequently used for kernel carving. As it was believed that peach pit carvings could exorcise evil spirits, they are made into accessories, fan pendants, and beads. The artistic features of Li's walnut carving are shown in the complex themes and meticulous carving techniques. Poems, fishermen, flower baskets, and arhats are common themes of the carvings. 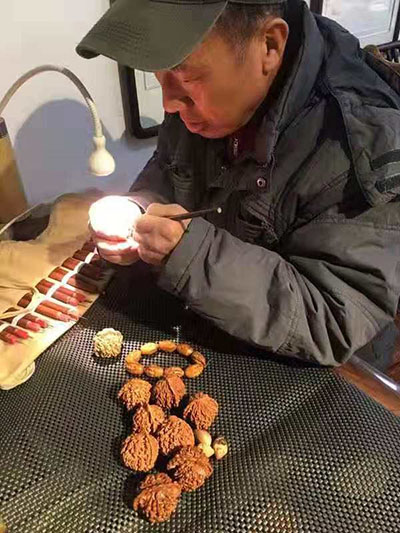