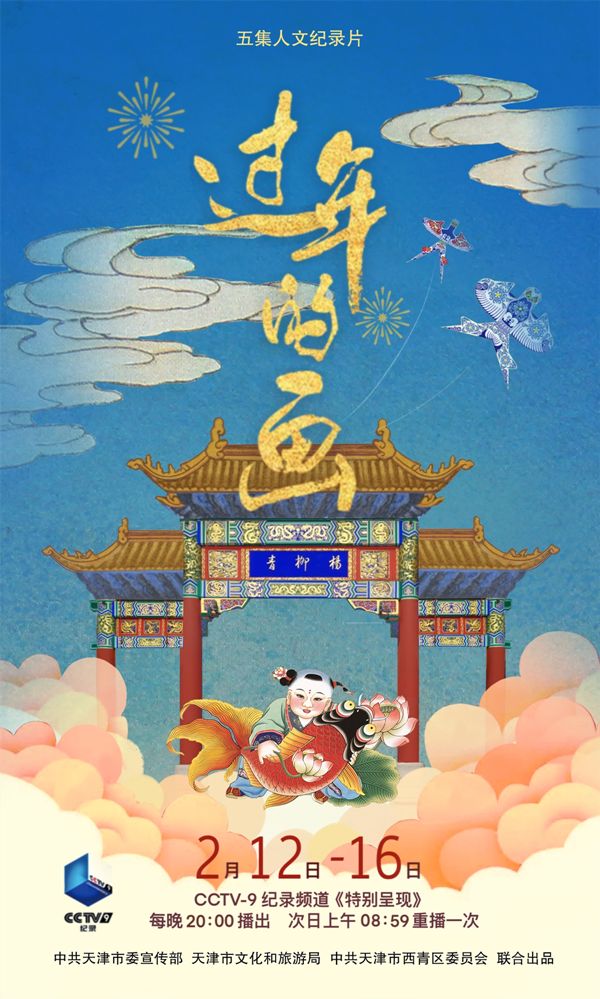 A five-episode documentary, entitled "Chinese New Year Pictures", will be aired at 8 pm on the Documentary Channel CCTV-9 from Feb 12 to 16.

The series will showcase the culture of north China's Tianjin region. It consists of five episodes: "Year After Year", "Dyeing Technique in Traditional Chinese Painting", "New Forms in Painting", "The Taste of Old Town" and "Nianhua Going Home. "   Each episode is about 50 minutes.

Collectively produced by the Publicity Department of the Communist Party of China (CPC) Committee of Tianjin, Tianjin Municipal Bureau of Culture and Tourism and the CPC Committee of Xiqing District in Tianjin, the documentary mainly tells the history of Yangliuqing woodblock New Year prints and the hundreds of individuals who have carried forward the traditional craft from generation to generation.

The documentary takes samples of Yangliuqing Woodblock products and examines their historical background demonstrates their functions in terms of education, cultural preservation and communication.

The documentary is designed to bring to public attention forgotten  folk handicrafts.  The series has depicted over 30 individual stories of people who have worked with Yangliuqing Woodblock Printing amid profound social transformations and changes in society.