A peek of Tianjin’s top green efforts by international guests 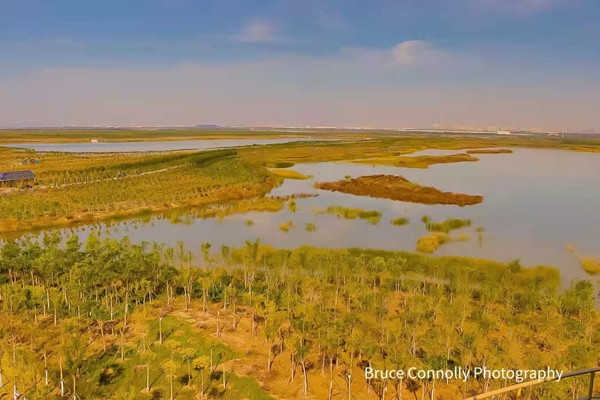 Foreign journalists and internet influencers from countries such as the United States and Ireland on Friday visited the Baliwan green belt in Tianjin's Jinnan district during the "A Date with China" international media tour.

This is part of an ecological protection campaign in Tianjin to set up a 736-square-km “green barrier” across five districts－Binhai New Area, Dongli, Xiqing, Jinnan and Ninghe. 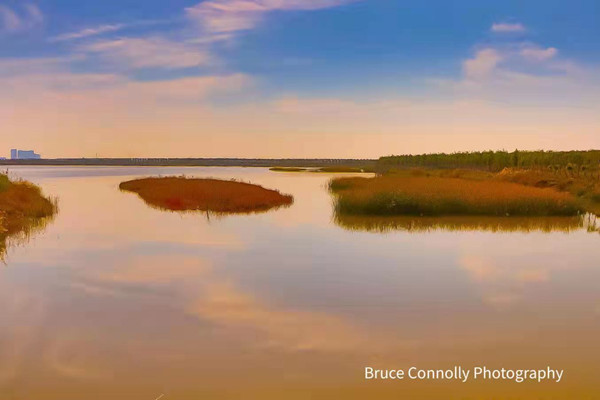 The Jinnan district is the main focus of the campaign, accounting for 44.8 percent of the planned ecological area. It is now home to 64,000 mu of newly-planted afforestation.

"We aim to establish a green, ecological barrier between the downtown and the coastal area of the city－the Binhai New Area－in a bid to implement the central government’s concept that 'lucid waters and lush mountains are invaluable assets'," said Lu Hong, director of the Tianjin Bureau of Planning and Natural Resources.

The efforts made by Tianjin authorities are also expected to protect the environment in the Beijing-Tianjin-Hebei region.

“The area will benefit the ecology in the Beijing-Tianjin-Hebei region, the first of its kind amid the coordinated development among the three areas,” said Zhou Changlin, deputy head of the Tianjin Academy of Urban Planning and Design. 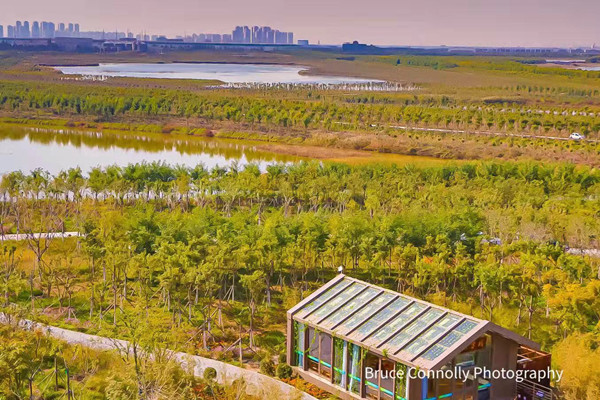 "In the three years since the construction of the green ecological barrier area, ecological protection and restoration have been vigorously implemented, and the cooling effect and humidification have increased significantly.” said Wu Zhenling, deputy head of the Tianjin Meteorological Service.